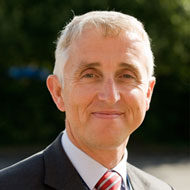 Tim has been the Principal and Chief Executive at the College since 1998 having been Vice Principal, Head of Faculty and Course Tutor/Manager prior to that. In 2007 Sparsholt College took over the affairs of a Tertiary College in Andover (by way of merger), now renamed Andover College and is one of only a few mergers in Further Education that has been successful over a sustained period.

Tim is a Board member of Landex, its previous chair and also the chair of the Hampshire Principals’ Group, a Fellow of the Royal Agricultural Societies and past President of New Forest Show in 2014. Tim is also a Board member of the EM3 LEP.

Tim is a graduate Applied Biologist who worked with the Ministry of Agriculture, Fisheries and Food before training to teach in Further Education.

He is passionate about education and technology and spearheads the College’s Sustainable technology agenda. Tim retires from his post in July 2020, having served 22 years as Principal (by then) and has declared he will keep doing his usual 100%+ for the college, until the day of his retirement, in serving students, the wider learning community, employers and businesses, whilst fully supporting his appointed successor in taking the reins. 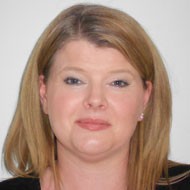 Suzanne has been a member of the senior team at Sparsholt for eight years, heading up Management Information, Information Technology, Admissions, Higher Education, Commercial Services, Apprenticeships and Work Placement Teams. Suzanne has a detailed understanding of college funding arrangements and writes all bids and funding applications for the college. Suzanne’s exceptional bid successes have led to an impressive level of capital investment throughout the college estate during her time with us. Her passion for driving the college forward has led to modernisation of many college operating systems and ways of working.

Suzanne is passionate about her work and is inspired by the real difference that our staff and our students make. 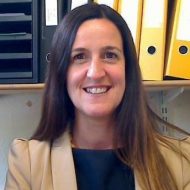 Julie Milburn has an extensive professional history which includes over 20 years’ experience in further and higher education. She has previously been Vice Principal at Farnborough College of Technology (FCOT), covering both FE and HE with extensive involvement in industry partnerships, and previously Head of School at FCOT. Prior to FCOT, Julie had been at Newbury College and at East Durham & Houghall College in a variety of teaching and management roles. Whilst at East Durham and Houghall, Julie was based at Houghall campus, the specialist residential land based college campus in County Durham.

Julie has a background in Sports Science and has worked closely with sports based and many other employers and businesses. Julie has extensive professional expertise and experience in the design and delivery of curriculum for Further and Higher education and the quality improvement of the same. Julie also has extensive professional expertise of supporting and safeguarding students being the Designated Safeguarding Lead for Sparsholt and Andover Colleges.

Julie took up her current post of Deputy Principal Curriculum in July 2018 and, following external advertisement, was appointed from a very strong field of applicants to be Principal Designate (July 2020) . Julie will be understudying Tim Jackson who retires from his post in July 2020 after 22 years as Principal.

Anne joined us in April 2019 and is responsible for heading up the Finance function at Sparsholt College.

Anne is an economics graduate, having studied at Manchester University, and she qualified as a chartered accountant while working for KPMG. She also gained a Masters in Business Administration from Durham University.  Anne has over 25 years’ experience of working in senior finance roles in further and higher education and the public sector.  She has worked for a number of FE colleges over her career.

Anne is a keen advocate of education at all levels and knows how having a good education can transform a person’s life.

You are here: Home > The College > Who’s Who