An added extra of studying on the Sports Coaching and Development level 3 course is that you become part of our esteemed Sparsholt College Football Academy Programme.

We recognise that players develop at different times and as a result have a tiered programme for players of all abilities. Our coaches regularly evaluate performance, giving a target to improve individual performance and move into the next tier.

All players train at least three times per week and play in a comprehensive match programme. Our teams compete in the following leagues and competitions:

Sparsholt College’s Development Squad is for talented young footballers aged 16–19, aiming to develop their footballing potential alongside gaining national qualifications in sport at Levels 1–3. The programme is structured to give the best possible chance to succeed as a top flight footballer. Players in the Development Squad have the opportunity to play in the National League Youth Alliance.

This programme allows players to train in a high quality, competitive environment and play at the highest level of college football in Hampshire. There are opportunities for players to progress into the Sparsholt Development Squad and to attach to external clubs for weekend football to develop further.

Most of our College Second Team will take part in college football as well as gaining all the benefits of a full-time training environment.

“Playing in the FA Youth Cup is a really good experience. Our coach put me forward for a trial for the England School Boys team and I made it through to the final squad. We have played against Australia, and went on a tour of Holland where we won all our games.” 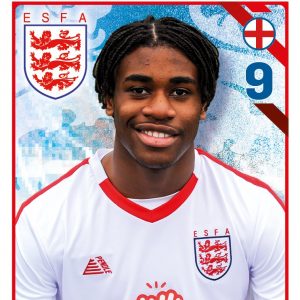 An added extra of studying on the Sports Coaching and Development level 3 course is that you become part of our Girls’ Football Academy. We work closely with a number of local football clubs to ensure your progression up the football leagues. Our players have the opportunity to play in the Association of Colleges’ Ladies’ Futsal League and in the Super 7s College League. The Academy also boasts links to American universities where scholarships can be offered for players seeking international playing experiences. Training will focus around our playing style and philosophy, technique and skills application, performance video analysis and strength and conditioning training – all at our state-of-the-art sport centre.

“I play in the FA Premier League for Southampton WFC as a right back/centre back depending on the team’s tactical system, so am very up-to-date with the professional game. I had a season in management when injured in 2016, managing Southampton Women’s Reserves in an undefeated season and winning the side promotion to the Southern Regional Division.”